Old Homestead takes outdoor dining to a whole other level 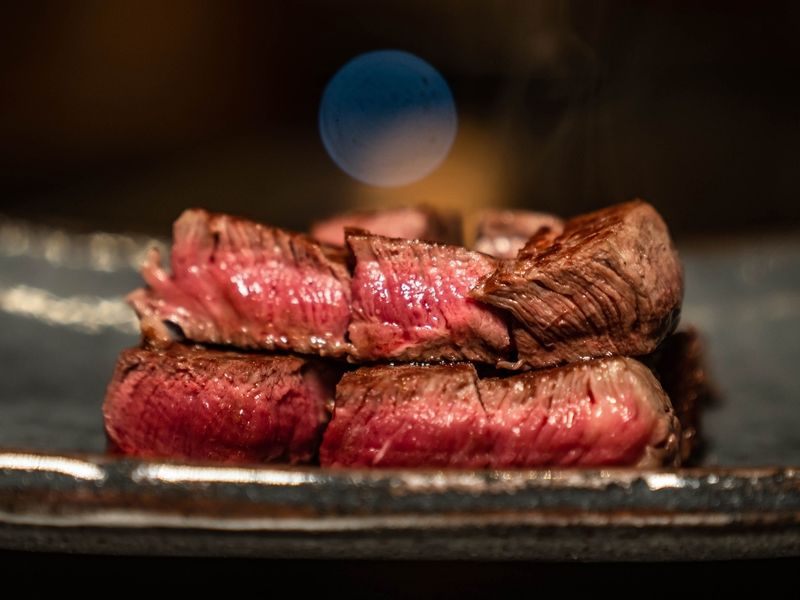 It remained open through two World Wars, the Spanish Flu, the Great Depression and Superstorm Sandy, but the Covid-19 pandemic proved too much for the Old Homestead Steakhouse to swallow. It shut its doors March 12 and has remained closed since.

That’s about to change.

The 152-year-old restaurant on the corner of 14th Street and 9th Avenue—just about as traditional as they come—is about to reinvent itself by moving outside. On August 6, co-owners and brothers Marc and Greg Sherry will re-open, adding entertainment and altruism to its menu.

“Over the last two months Marc and I have been working on a template on how we open, what do we give back to the people, and how do we do it in an intelligent and safe manner,” explained Greg Sherry. “Now we’ve come with a plan that we feel is safe and a customer will enjoy.”

The coronavirus shutdown measures forced the Sherry brothers to close their doors for a full quarter this year. They used Paycheck Protection Program money to pay their rent and employees until Mayor Bill de Blasio’s Open Restaurants initiative was announced in June. Then their planning began.

“Outdoor dining is not a profitable situation but there are more important things than money in situations like this,” Mark Sherry said. “We can keep our people working. We’re keeping jobs alive.”

By re-opening, the restaurant is also seeking to give back to the city. Each night the Old Homestead will reserve one table for a first-responder, emergency worker, nurse, or grocery store worker. This person and their family will eat for free in a show of appreciation by the brothers.

“This is part of giving back,” Mark Sherry said. “It’s not a money maker for Old Homestead, but we feel this is the right way to do it and we’re comfortable.”

For a restaurant with such high overhead—steakhouses are among the most expensive establishments in the city—Old Homestead has decided to add some entertainment to create what it hopes will be a memorable eating experience for patrons.

“We call it dining with the side of a show,” Mark Sherry said.

The Sherry brothers said they have agreements with 15 different performers thus far. These will be exclusively a cappella singers, and only solo performances, as Old Homestead said it is careful about not creating a reason where crowds gather on the street to watch or dance and possibly create an infectious situation.

“We are trying to be proactive way ahead of the curve, I just hope the curve doesn’t go that way,” Greg Sherry said.

One of the performers, Steven Maglio, is a singer who has been crooning hits by Frank Sinatra and other performers of that era at the Carnegie Club for 15 years. He is dying to get out and perform in front of a large audience. He said he’s purposely avoided doing virtual shows during the pandemic.

“I love it and I miss it and I’m looking to getting in front of live people again,” Maglio told Crain’s. “We’re doing one night to start and from there we’ll see what happens. I’m up for anything.”

There is one other innovation the restaurant will be adding. With so many other competitor restaurants offering to-go dining, some with discounts as high as 15%, Old Homestead will not only be allowing customers to bring a sizzling steak home in a plastic container, but their “Butcher Block” will allow patrons to take home raw cuts of sirloin, filet, porterhouse and ribeye to their apartments.

Employees will be on hand to offer instructions to customers on how to cook the raw slices in the proper manner.

“We want people to take the steak home and not ruin the steak,” Greg Sherry said.

Mark Sherry added he’ll personally be on hand to offer instructions to customers picking up from the Butcher Block.

“I want to educate them on the proper way to attain the temperatures they want, medium rare, medium,” he said. “People want to eat at home, and they want the quality they can’t get at the supermarket.”